Lineage and religion of Ertugrul through history and numismatics 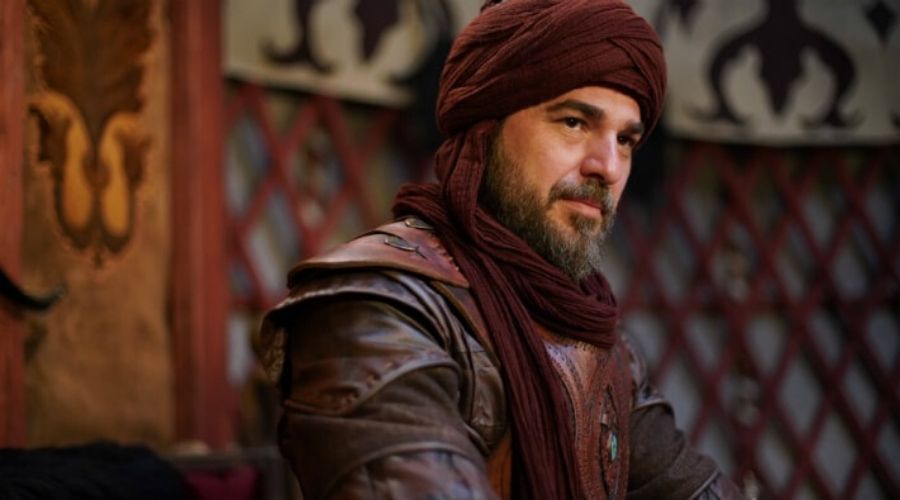 With Pakistan Television airing Turkish historical fiction drama Dirili?: Ertu?rul in Urdu dub, a debate has been stirred about the historical accuracy, with many questioning Ertugrul's lineage and even religion. With very limited resources available on Ertugrul, his father, and their tribe, room for controversies is huge. However, historians and numismatists, through interpretations and discoveries of coins, may have found the answers we seek so badly. This article takes in account both history and numismatics to explore the religion and religion of beloved Ertugrul Bey.

Historian Dr. Rasit Gundogdu, in his book "The Sultans of the Ottoman Empire," has made a brief introduction to Ertugrul Bey as the father of the first Ottoman Empire. According to Gundogdu, "His father [Osman's], Ertugrul had gathered around people who worked heartily to Islamize the region that had been scattered around Anatolia and gained their love and respect."

Dr. Rasit also mentioned the relationship Osman shared with a Sunni scholar Edebali while his father Ertugrul was still alive, indicating that Ertugrul was well-aware of Islamic teachings and encouraged his son to follow the same path. Osman later married the daughter of Edebali. There are also mentions of meetings that took place between Ertugrul himself and Edebali. 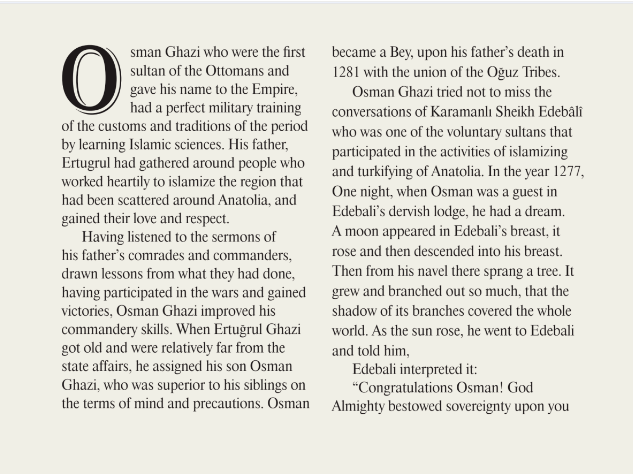 An excerpt from Gundogdu's book "The Sultan of the Ottoman Empire"

Ahmed Akgunduz and Said Ozturk, in their book 'Ottoman History - Misperceptions and Truth' also maintained that religion of Ertugrul was Islam while referencing the work of several historians like Faud Koprulu, H.A.Gibbons, and Paul Wittek. While all these historians differ as to if Oguz were newly converted to Islam upon their arrival in Anatolia after escaping Mongols or if they were Muslims before making the journey, they unanimously accept Islam as their religion. According to Akgunduz and Ozturk, events that led to the formation of the Ottoman Empire can't be fully understood without taking into account the decrees of Islam, Ottomans or Oguz Turks followed, regarding conquests and wars. The role of the teachings of spiritual visionaries like Edabeli and Ibn e Arabi can't also be neglected. 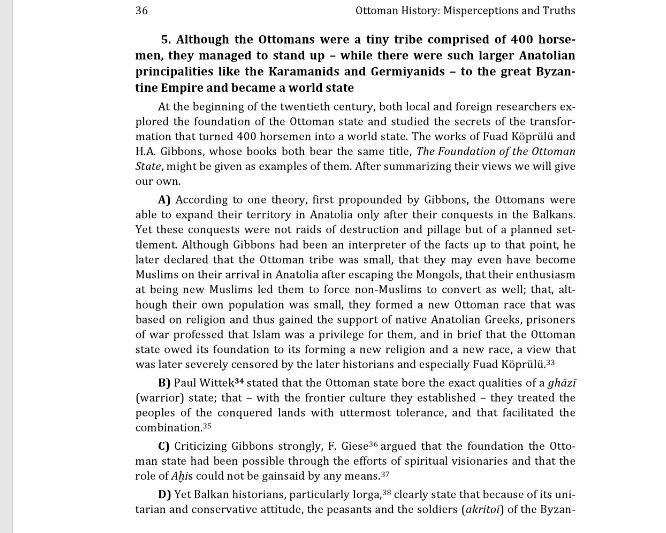 According to Pakistani academician Muhammad Ibrahim Qazi, "Suleman Shah, Ertugrul Ghazi, and Osman hail from the Oghuz tribes and their historic book 'Dede Korkut' placed in Dresden Museum, Germany tells about their religion and nomadic traditions to be Islam."

Qazi further strengthened his argument by quoting 'History of the Ottoman Turks' written by British Historian E.S Creasy of King’s College London. E.S Creasy, in his writings, claimed that "Ertugrul and his followers were adherents of Mohamettan’s faith like the Seljukian Turks in the dominion of Alaedin, the Sultan of Anatolian Seljuk Empire aka Sultanate e Rum.”

British Historian E.S Creasy of King’s College London has also mentioned that “Ertugrul and his followers were adherents of Mohamettan’s faith like the Seljukian Turks in the dominion of Alaedin, the Sultan of Anatolian Seljuk Empire aka Sultanate e Rum” -10 pic.twitter.com/cWCXcH8Tpx

While all these historians do accept Islam as the religion of Ertugrul and Oguz Turks, accounts about Ertugrul's father differ with historians inclined towards a Gunduz Alp as his father. However, most in Turkey believe a Suleiman Shah to be Ertugrul's father. After the Ottoman Empire was disintegrated in the 20th century and present-day Turkey emerged, the Turkish government made a pact with France - who had occupied present-day Syria - to protect Shah's burial complex. As a result of this pact, land surrounding the tomb of Shah was declared Turkey's property and the country invoked its right to fly its flag and stations its troops there. The immense respect that Shah enjoys among Turks can be understood by the fact that in 2015, Turkey did a full military operation to recover the remains of Shah from his burial site after IS threatened to blow up the shrine. 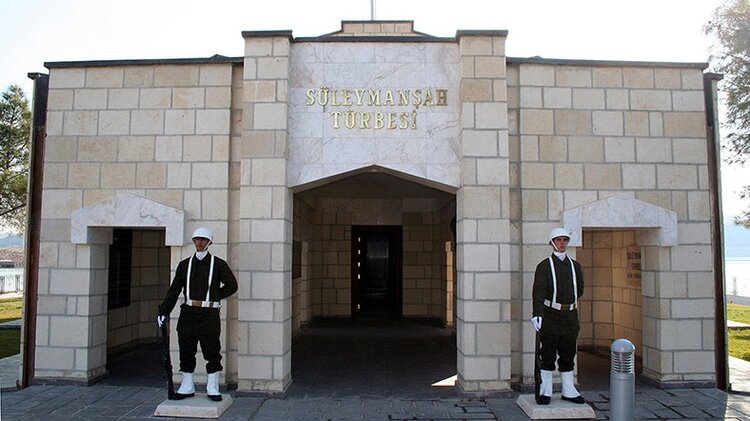 However, historians believe that this tomb belongs to another Suleiman Shah from the Seljuk family. The tomb of a Gunduz Alp in Ankara, Turkey is believed to be the real burial place of Ertugrul's father. 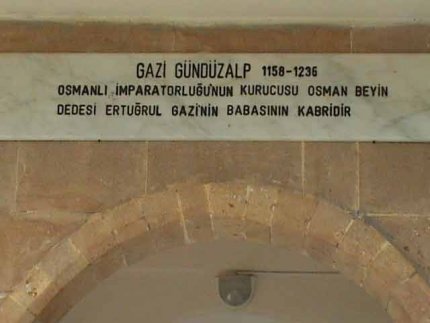 Tomb of a Gunduz Alp in Ankara, Turkey

What numismatics tells us about Ertugrul and his religion?

If Osman Gazi, the founder of the Ottoman dynasty, minted any coins or not has been a subject of controversy amongst historians and numismatists. Many believe that the first Ottoman coin was struck by Orhan Gazi (grandson of Ertugrul) during 1326-27 and it was called Aqcha or Aqche. However, Ismail Gahlib, father of modern numismatics in Turkey, attributed one coin to Osman I in his work titles as "Takvîm-i Meskükât-? Osmaniyye" (Catalogue of Ottoman Coins). Another numismatist Ibrahim Artuk also gave credit to the minting of the first coin to the first Emporer of the Ottoman Dynasty, Osman Gazi. 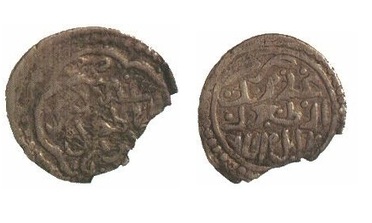 Picture of the first Ottoman coin minted by Osman Gazi I, the coin is currently at the Ottoman Coins Cabinet of the Archaeological Museum of Istanbul

However, a website on numismatics mentions that the graving only names Ertugrul and makes no mention of his father. In their catalog, they have mentioned the following translation: