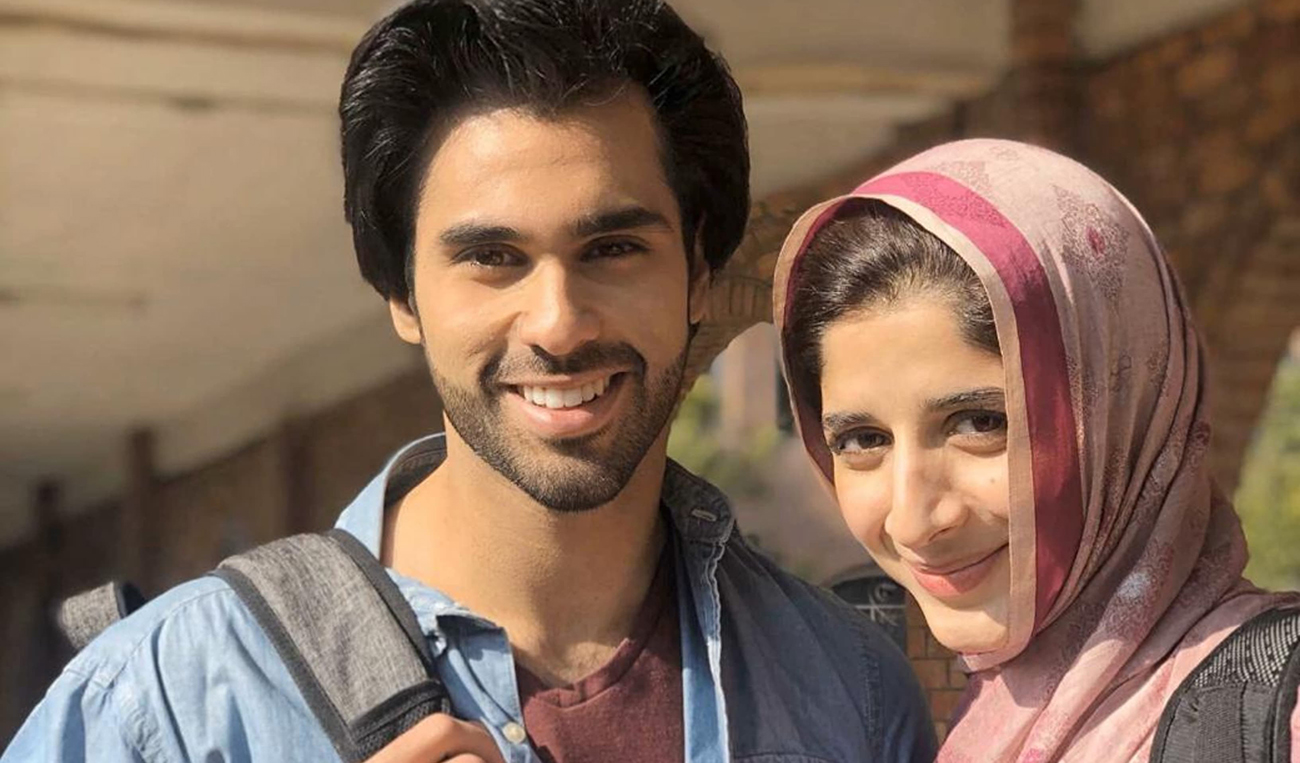 Ameer Gilani made his debut to serials via Hum TV's Sabaat in which he played the role of Hassan Fareed, a brilliant engineering student, and son of business tycoon Seth Fareed. Though he appeared to be a tad spoiled in the beginning, however, his interactions with Anya Aziz - portrayed by Mawra Hocane - brings out the caring and loving person in him, hidden beneath the pressure of appearing to be always perfect.

Aap sab ka pyaar dekh ke 😃😊 I read all comments, messages and posts. Thank you so much for the love! Dhaer sara pyaar from me to you my 50K family #sabaat #50K #ameergilani

His brilliant acting in Sabaat and the loveable traits of his character have made him the new sensation immediately. But are there any similarities between him and his character? How did he feel about the response he received? What is he like in his real life?

Ameer answered all these questions in an Instagram live by Hum TV.

According to Giliani, there are many similarities between him and Hassan. They both are super close to their mothers and tend to share everything with them. Another thing that makes Ameer and Hassan similar is "stubbornness." "Hassan is very zidi (stubborn) but in a good way, I guess I'm like him. If I want something done, I make sure that I get it done," shared Ameer.

Ameer is pretty happy with the response he is getting so far. According to him, it's the loveability of the character that has really hit the audience. He is in awe of the love, his fans are showing for him.

Gilani also shared that he is aerophobic. "I'm absolutely terrified of flying." he shared while responding to the host's question about his biggest fear.

Ameer also shared that he loves dogs and has three Labradors. To his cat-loving fans, we have a piece of bad news, he doesn't really like cats.

We are really glad that we got to see this fun-loving side of Ameer, and absolutely love it. How do you like Hassan from Sabaat? let us know in the comments below.